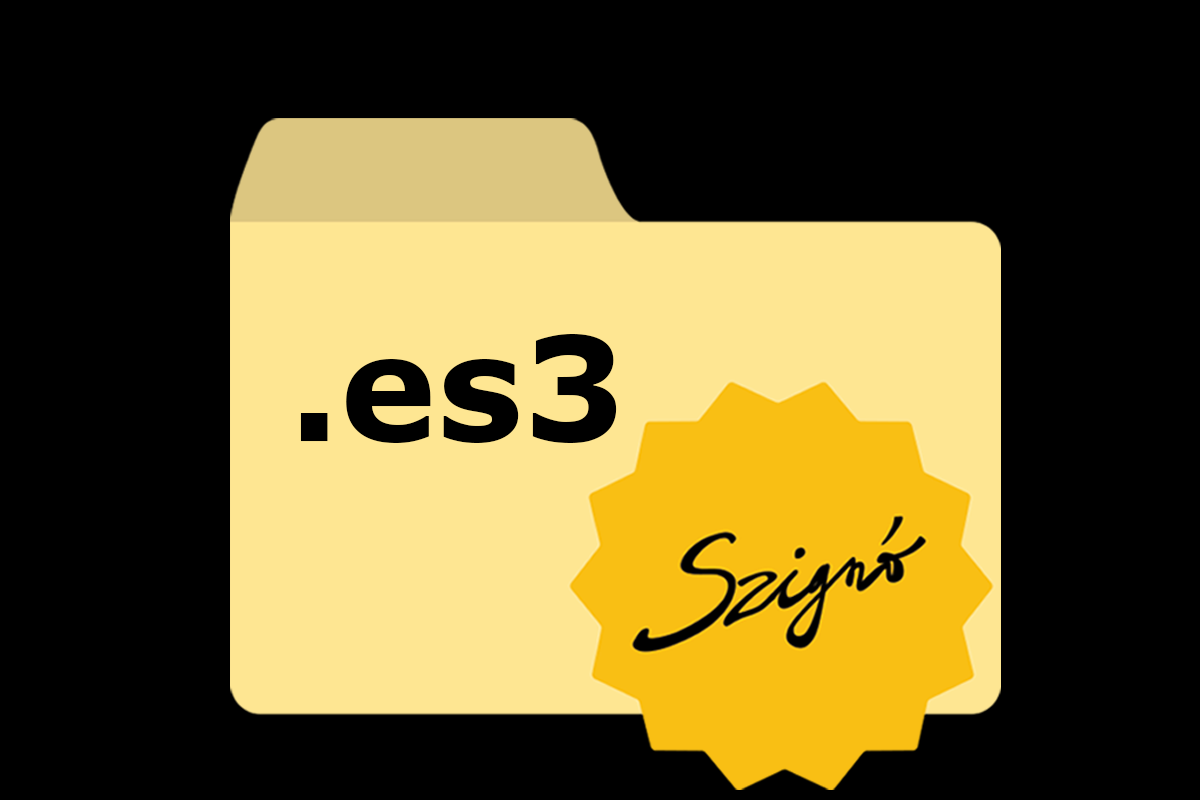 In Hungary, the "Act LXXXI of 2003 on Online Company Registration and on Reviewing Company Documents in Electronic Format" made it possible to migrate paper-based administration to electronic means, creating the possibility of a much faster, more comfortable and last but not least less expensive company registration procedure. This posed a new challenge to the professionals in charge of developing the IT system of the company register: the dossiers containing paper-based documents had to be replaced with a file format enclosing trustworthy, electronically signed documents. Such a standardized container specification only came to life in 2011 (called ETSI ASiC - Associated Signature Containers), so the experts at Microsec had to define a new file format.

In 2003, the first version of e-Szignó (the signature creation application made by Microsec) still inserted the documents and signatures into the elements defined in the XMLDsig (XML Signature Syntax and Processing) standard (using the file extensions .xsg – Xml SiGnature –  and .ack – Acknowledgement), but it soon became obvious that new XML tags needed to be defined, because the standard didn’t contain elements suitable for storing the metadata of the documents and signatures.

The "e-dossier" format of the more widely used 2.0 version of e-Szignó solved the problem of metadata storage defining new XML elements; the validity of these e-dossiers could be checked using the XML schema of the container format, while the signature creation application made it possible for users to manage documents and signatures. The extensions of the files were .eak ("e-akta" – e-dossier in Hungarian) and .etv ("e-tértivevény" – e-acknowledgement). The signatures still conformed to the XMLDSig standard: the publication of the XAdES (XML Advanced Electronic Signatures) specification by ETSI projected necessary changes to the e-dossier format to be applied soon.

A further requirement at the company register was that the e-dossiers used in the registration process had to undergo special validations. It was obvious that XML schema validation could be used, but to achieve this the XML elements used in business registration related e-dossiers had to be moved from the "default" XML namespace to a different one.

The .es3 (.et3) file format of e-Szignó 3.0 keeps the documents and signatures in the XML in a structured way. The documents are compressed for economic space usage – that’s why sometimes a Word document inserted into an e-dossier and then signed uses less bytes than originally in the file system. The e-dossier format also defines the necessary metadata, and the rules for e-dossiers related to different administrative procedures can be sharply differentiated using distinct schemas. The qualified signatures began to use XAdES, the new XML signature format specified by ETSI (which at that time was version 1.2.2 published in April 2004). Microsec e-Szignó Certificate Authority issued qualified certificates on smart cards to lawyers taking part in the company registration procedure – the accreditation needed for this activity had been obtained in May 2005.

Alongside the e-Szignó application developed by Microsec, the publicly available e-dossier specification enabled other vendors to create conforming signature creation applications, which made it possible for users of electronic administration to choose from different compatible software capable of managing an estimated number of more than 100 million e-dossiers.