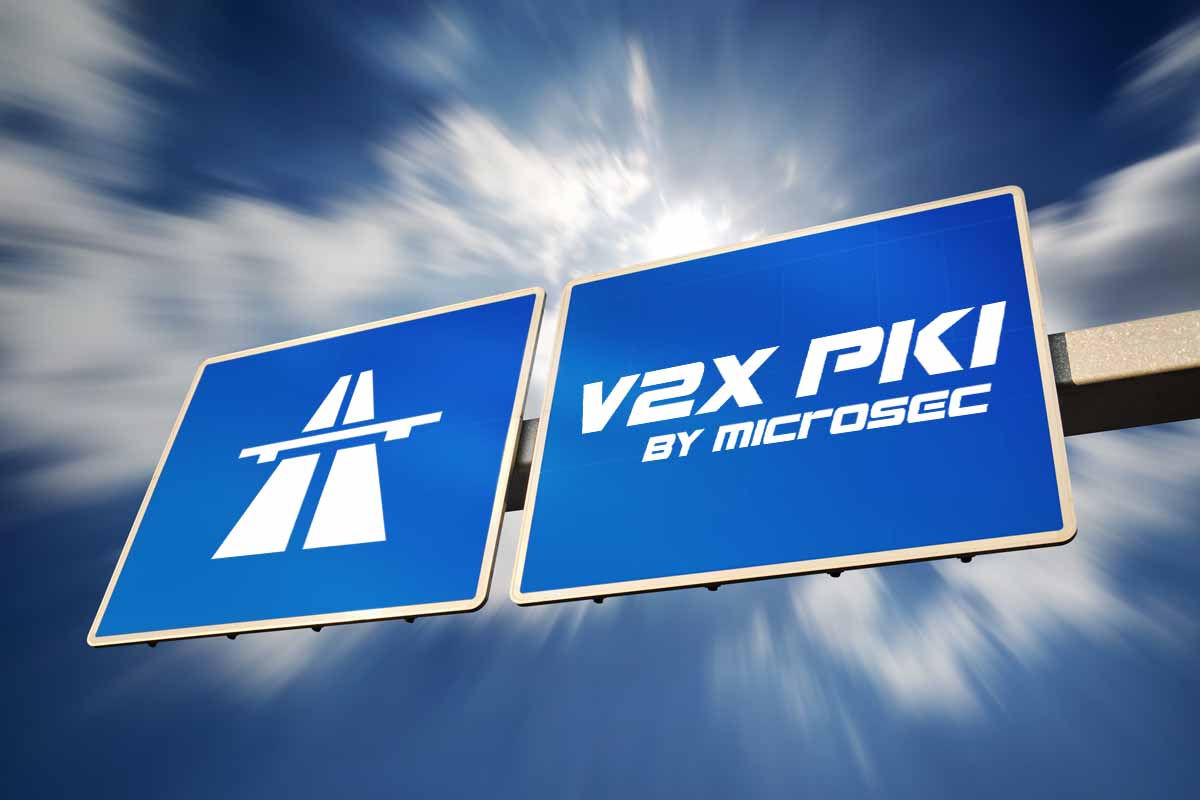 The ground-breaking news has at least two foundations. On the one hand, more than 500.000 passenger cars are already equipped with V2X message reception capacity in Europe. This number will grow continuously before 2025, and it will skyrocket afterwards. On the other hand, a V2X PKI service provider already has the necessary background and compliance to ensure large scale trusted and authentic message broadcasting with a production service. The credit for the former goes to a German car manufacturer, and for the latter one to Microsec and its new client.

These achievements had its preludes. Certain C-ITS services were already available on German highways since April 2021, intending to create a fully digital, connected and automated traffic system. However, the PKI part was decided to be put on a permanent basis, and Autobahn GmbH published an open tender at the European Tender Portal (TED) in July 2021. Microsec began to develop its compliant message security services more than three years ago. In 2021 the Microsec V2X PKI services became ISO/IEC 27001 compliant, and later the European CCMS service version was completed, as we call, a “dual” C-ITS audit. More about this at our PKI Blog.

What factors make the Microsec V2X PKI platform eligible and competitive in every further use case as communication between public road infrastructure and its users?

Thanks to the Microsec and CrySyS Lab university cooperation program since 2016, we gained talented brains, a lot of exciting PKI-related R&D topics. After a massive development phase and business exploration, one of these matured into a new PKI product line, the V2X PKI platform. And it is still just the start of a new beginning both for us and the mobility industry.

You may visit the dedicated website for the Microsec V2X PKI platform here: v2x-pki.com